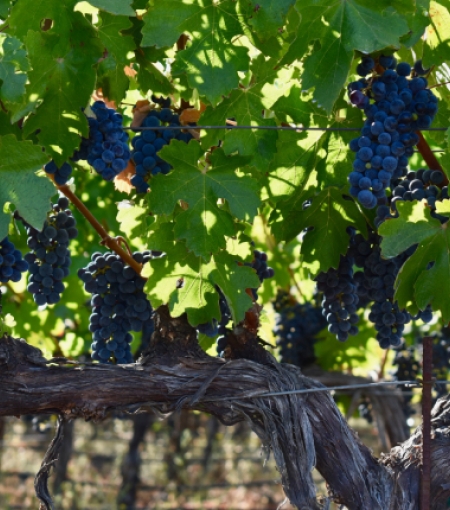 Trends and outlook for the vine-wine sector

The effects of climate change were particularly conspicuous this year for most French wine-growing regions. Vineyards endured a succession of significant direct damage: frost in the spring caused damage to early budburst; hail, sometimes with severe storms; heatwave (45°C in the Hérault region) caused devastation of the grape bunches, and lastly a surge in fires left smoke deposits on the vines.

More generally, the effects of rising temperatures and water stress, in particular in the Mediterranean regions, have a direct impact on harvest volumes and the quality potential of the grape harvest (maturity, aromatic profile).
This situation concerns the majority of winegrowers, who are pondering the future and investigating ways of sustainable adaptation, in line with the specificities of each area.

This phenomenon also concerns other European vineyards, to varying extents.

This is another background element that is strongly affecting the sector. Citizens want a strong commitment to agro-ecology, with targets that may or may not be realistic.

The public authorities are the first relay of this, as proven in the field of phytosanitary products with current debate on glyphosate, copper or vineyards close to residential areas.

These new constraints, which are now compulsory, can speed up the impact of climate change for many vineyards, for example in terms of soil management related to stopping the use of herbicides.

In addition, voluntary commitments by the French wine-growing industry, at the level of the vineyard or company, and also collectively (on a terroir level or at regional inter-professional level), can be described as historic.

The ongoing development of the organic sector, the integration of agro-environmental measures in AOC specifications, steps towards High Environmental Value certification or Corporate Social Responsibility now concern most actors in the sector. The stake is to create value on the wine produced in order to offset production costs, which are frequently higher.

This rapid evolution of the global environment in which the French sector operates is accompanied by quite positive market conditions, but with a few worrying signals nonetheless.

Exports of French wines and spirits are continuing to grow in a global market that remains balanced in macro-economic terms, as attested by the latest OIV statistics. French wines and spirits are still the champions when it comes to creating value, driven by two regions, Champagne and Cognac. For still wines, however, volumes are declining and the contraction of the Asian markets, in particular China, as well as international trade tensions and weaker economic growth in many countries are factors to be considered. This context raises the issue of legibility of the French offer, which is particularly diversified, and the competitiveness of this offer on the different market segments.

On the domestic market, volumes consumed have also decreased, albeit to a lesser extent, and there is increasing demand for quality, identity and proximity. Today, questions are being raised as to tailoring red wine profiles more to younger generations of consumers, who find rosé wines more appealing. Surveys in France confirm that wine is still culturally entrenched in consumption patterns, but on a more occasional basis.

A context that calls for innovation

SITEVI 2019 is thus taking place at a key moment for most winegrowers and companies, which will have to up the ante in terms of adapting and innovating, both in the vineyard and the winery.

The areas concerned are multiple: choice of rootstock and grape variety (varieties that are resistant or better adapted to climate change); improved knowledge of the characteristics of the terroir; soil management methods; vineyard management and protection methods; constant improvement of qualitative control of the winemaking process for wine profiles adapted to the markets, including packaging.

Through the number of entries and the diversity of areas explored, the Innovation Awards offer an illustration of the incredible energy of the exhibitors at the show. The different technical talks also consolidate this offer.

This makes SITEVI a unique occasion for professionals in the sector to find essential answers to innovate and consolidate the future of their company.