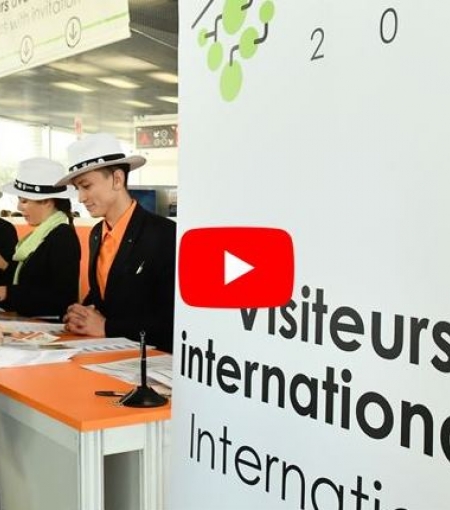 The 2017 edition of SITEVI brought together 1,100 exhibitors from 25 countries; a quarter of these companies came from outside France!

Discover SITEVI from another angle

While it has traditionally been a hub for the Vine-Wine, Fruit & Vegetable and Olive sectors for the entire Mediterranean basin, SITEVI now attracts professionals from all over the world.
This was illustrated in 2017 through the attendance of Brazilian buyers Boa Terra Commercial and Embrapa or American producers such as Kendall-Jackson and Navajo Pride.

65 nationalities visited the aisles of SITEVI at the 2017 edition. Among the 57,000 visits could be noted strong contingents from Spain, Italy, Switzerland, Tunisia and Portugal (the top 5 visiting countries after France).

On the exhibitor side, 25 countries were represented including Spain, with for example TMC Cancela and Parcitank, Italy with Zanon, and also Canada with SkySquirrel, Moldova with Glass Container Company and Austria with WTF Winetechnology.

These services contributed to asserting and developing SITEVI’s international dimension, making this 2017 event a record-breaking show!