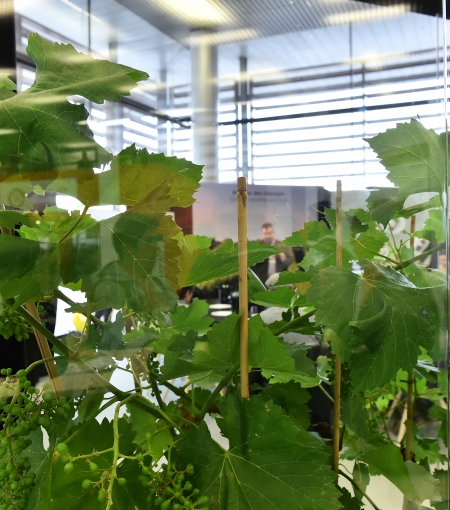 Outlook for the vine-wine sector

Worldwide consumption of wine rose slightly in 2016 to 242 million hectolitres (+0.4% year-on-year), and despite losing market share by volume, France remains the leading exporter by value (28.5% of global value in  2016). French wines continue to generally enjoy a reputation as a yardstick but the international competition is harsh (Spain for example).

In 2017 French vineyards were substantially affected by weather events, threatening the very existence of many companies. The issue of vine protection equipment is clearly on the table and generally speaking, requires that adaptations be made out in the field and in the winery to conserve the character of wines.

On a domestic level, there is increasing pressure from society with regard to the use of crop protection products. Winegrowers, both individually and collectively, are starting to take heed of demands for a change in practices
regarding disease prevention or treatment and tilling. New spraying techniques, reducing doses and seeking alternative solutions such as products resulting from biocontrol, are all at the centre of people’s concerns.

A sector committed to a momentum of innovation

For the Chief executive of IFV:

The outstanding vitality of the SITEVI exhibition and the high number of entries receiving distinctions in the Sitevi Innovation Awards 2017 provide proof of this need for innovation, in a wide range of areas. They are a positive illustration of the efforts made by the sector’s suppliers and manufacturers to fulfil these demands.