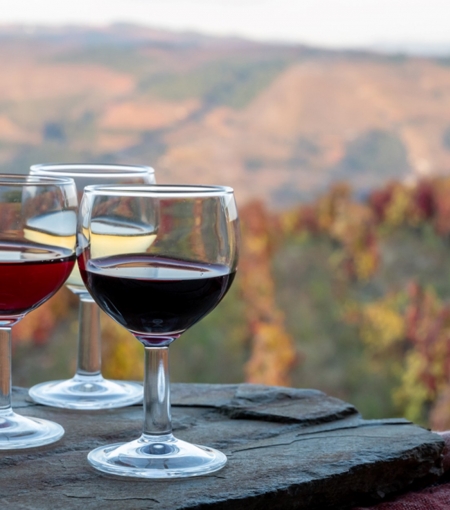 Mousiness in wine: an explainer on this sensorial defect

Discover the theories of experts on what lies behind the famous mousiness in wine, which has been making a comeback in recent years

The causes of mousiness in wine

First identified in the 1970s, mousiness (sometimes simply referred to as “mouse”) is a wine defect that has returned with greater frequency in recent years. This spoilage is problematic for winegrowers, since it is difficult to identify, its perception changes over time, and theories abound as to how it comes about. What is the latest research into more precise information on the origins behind mousiness? The IFV and the Excell laboratory delivered their insights at the last SITEVI.

First up, mousiness is an exclusively retro-olfactory defect: it cannot be spotted by smell alone. The sensation it leaves can be different depending on the person. Indeed, 30% of people can’t even taste it! Some people describe the taste as popcorn or rice crackers, while others will say it’s like cold cuts, a mouse cage or even vomit! In any event, whenever this aroma overpowers the flavour of the wine, it’s certainly not a pleasant tasting experience.

Where does mousiness come from?

Specialists are leaning towards the possibility of a microbial origin, and more particularly Brettanomyces yeasts and lactic bacteria.

The presence of these bacteria, due to the various physical and chemical characteristics of the wine, may trigger chain reactions which might be behind this famous mousiness. However, this defect had all but disappeared, begging the question of why it is suddenly back. The reasons seem clear to the experts: lower SO2 content in wine in recent years on the one hand, and climate change on the other.

Sulphur dioxide (SO2) has for many years been a major chemical additive in the winemaking process. In recent years, the use of this input has been called into question, due to its harmful impact on health. Winemakers have therefore had to adapt and gradually reduce the amount of sulphites in the wine. With an immediate consequence: since SO2 is a powerful antioxidant and anti-microbial agent, by reducing the amount used, we increase the risk of bacteria developing, thus possibly leading to the dreaded occurrence of mousiness. Natural wines are therefore more susceptible to this defect.

The impact of the climate on mousiness

Global warming has major repercussions on the vine and wine sector. Depending on the region, harvesting dates have been arriving much earlier, and wines have been modified in terms of tannins, pH and alcoholic strength. In practice, higher temperatures directly impact wine: they increase sugar content in the fruit  - and therefore alcohol – while in parallel, acidity levels drop. This is another plausible explanation for the big comeback of mousiness.

The problem around mousiness is a serious one, because this wine alteration is not necessarily permanent and purely human detection techniques are not always reliable. Indeed, someone could quite easily taste a wine without detecting mousiness. Other, more developed analysis methods must therefore be devised to formally identify this sensorial defect.

The analytical technique of the Excell laboratory

In recent years, requests to measure mousiness have risen strongly in the Excell laboratory, signalling the alarming return of this long-forgotten defect.

First observation: in their vast majority, mousy wines often display an atypical microbial diversity. Three molecules can be flagged up in this respect:

Each of these molecules exists in two forms: imine and enamine.

Following multiple tests, the laboratory has since 2018 been able to use a reliable and fast method (employing LC/ESI-MS/MS) to measure the three molecules at once without changing the pH.

Several phenomena are thus observed. Excell presents the first findings obtained from a series of cabernet franc wine from the Loire Valley produced by three winemakers in 2018:

Recommendations in the event of mousiness being detected

Understanding the causes being mousiness is essential to be able to eradicate this defect. However, for the time being there is no silver bullet to make it disappear. The two avenues that could be investigated further are firstly to eliminate the microorganisms causing the defect, and, secondly, to deal with the defect by adding SO2 or allergic tannins. The question of how much to add remains a tricky subject, since it should not result in the wine’s taste being tainted.

Another solution, but one which is not guaranteed to work, is to wait, quite simply. It is not uncommon for this flavour to disappear of its own accord after several months.

Unpredictable and elusive, mousiness is the bête noire of winegrowers. It is difficult to control because it can appear at any time and its precise origin is still uncertain. But research on the subject is progressing, and the entire community of experts and scientists is embracing this problem, which is yet another challenge for the wine sector...